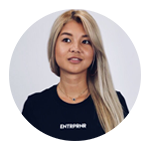 The film industry is rapidly growing and founder of Cinema Giants, Jessy Terrero, is one of biggest influences there is today. In this episode, Alex Quin joins Jessy Terrero at Morplay Studios in Miami to discuss the transformation of the film/music video industry. Working with big artists like Wisin y Yandel and Nicky Jam, Jessy talks about his journey from how he went from acting on set to directing a Netflix series. Tune into today’s episode to learn more about Cinema Giants and how they’re paving the way for under-represented talent.

[03:17] That’s where the love of film making started to come

[07:53] People started looking at me like the idea guy

[28:49] Everyone thought I was crazy when I did El Ganador