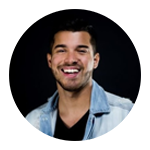 Instagram is a highly popular platform with over 1 billion monthly active users. Many companies use it to reach larger audiences and promote their products. Jason Stone, known as Millionaire Mentor, was one of the first people to utilize the potential of this platform.

Jason currently has 6 Million followers on Instagram and posts regularly to keep these followers engaged. He became an Instagram influencer before it was difficult to become one, and well before people had realized the potential of this platform.

He is an affiliate marketer and serial entrepreneur who started building his following in 2014 and he has been soaring ever since. At one point, he managed to earn $7 million in sales in just 18 months. That is incredible for a business that doesn’t sell its own product.

Jason Stone didn’t start out as a social media expert or even a marketing professional. He was a mechanical engineer and built an engineering firm called Treadstone Performance Engineering. This company is still going strong, though Jason is no longer involved in it. He started building his Instagram presence while he was at the helm of Treadstone.

In a recent interview, the Millionaire Mentor said he started gaining a following on the platform by treating it like a blog. He posted regularly about his experiences as an entrepreneur, shared motivational quotes, and kept Instagram followers hooked with daily glimpses of a luxurious life.

Jason Stone has launched several 6 and 7 figure platforms on the Internet and on Instagram, but wasn’t always this easy. He struggled to find any influence on this platform and didn’t know social media could support his lifestyle fully. It wasn’t until he formed connections with 15 other like-minded entrepreneurs that he saw real results.

The group gave shout outs to each other on a regular schedule. All profiles involved in this group saw a massive boost in their follower numbers. This allowed Jason to establish the influence he needed to earn millions through affiliate marketing.

Jason now works with a supplement company by the name of Wealth Nutrition that creates formulas like FocusFi.

“FocusFi was designed first and foremost to boost laser-like focus and the ability to lean into tough tasks. Whether you need to do coding, complex computation, research writing, presentations, athletic competitions or dating, this product really shines. The better you can focus, the better you can express your true purpose and will in the world.”

Diving into the Tech World

If you haven't heard, Snowball is "The First Smart Crypto Investment Automation Platform". It is an easy-to-use place to invest in tax-optimized crypto portfolios or "bundles" that pay you interest. Jason Stone has not only joined Snowball as the CMO, but he invested 100k of his own money into the project as well. When the CEO of Snowball reached out to the Millionaire Mentor via email, he initially was looking into advertising space for a different project. That's when they showed Jason Stone the concept of Snowball. Fast forward about 8 months later, the team offered for Jason to join the team as the CMO of Snowball. Jason Stone Millionaire Mentor explains when he invests or teams up with people and their projects, it's more about the people behind the idea. He believes in not only the future success of business ventures, but also the ability to trust and believe in the team's vision. Snowball is currently available in certain areas of the United States, but they plan to expand globally as time goes on.

Where you can find Jason Stone Millionaire Mentor:

If you're interested in knowing more about Jason Stone or his popular Instagram page Millionaire Mentor, you can check out the following links.